Esther Noriega is a Spanish name associated with haute couture, dream wedding dresses, celebrities, a unique and unrepeatable universe that has already earned the respect and attention of locals and strangers.

What was once a dream for the designer, in 2005 she took her first steps towards becoming a reality. It had its beginnings in Valladolid, the city where many of the custom pieces requested by clients are still made today.

Effort, commitment, dedication and creativity are values ​​that accompany the brand since its inception, which has made earning a place in the world of fashion something deserved in its own right.

The presentations of their collections in Madrid fashion weeks have shown the dedication behind each of the party and haute couture garments. Her bridal collections on catwalks such as Valmont Barcelona Bridal Fashion Week have opened borders for Esther Noriega Bridal Coture, allowing the brand to bring its collections to the Asian market.

Esther Noriega accompanied by a great team, is committed to each of her clients, paying special attention to each of the details, to the creative process of each dress, going from the choice of textile to the last touches, thus achieving the perfect piece for each one of them.

Adapting and reinventing itself over time without neglecting its essence, the brand, in addition to specializing in haute couture, custom-made wedding and party dresses, also has a ready-to-wear line, aimed at the modern and empowered woman who wants to feel comfortable and stylish.

A name, a brand that has known how to conquer not only its country, but today it crosses borders to conquer foreign markets with stamp and style.

The Designer behind The Brand

Born in Ávila, she spent her childhood in La Costa Brava, Girona, and her adolescence in Valladolid. From an early age, her imagination and creative ability led her to have a clear vocation for design and fashion. Esther Noriega began her studies in this field in Valladolid, later moving to Madrid and Barcelona, ​​where she completed her training in design and pattern making.

His way of understanding fashion as the union of design and quality, led him to join Petro Valverde’s workshop, discovering and putting into practice the qualities of haute couture and collaborating in the organization of the most prestigious bridal shows. During the following years he continued his practical training working in international firms such as Pronovias or Amaya Arzuaga. 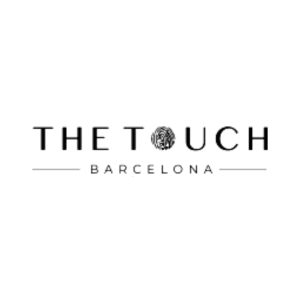